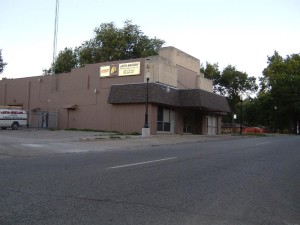 On Saturday, February 17, 2007, College Avenue from Huntoon to 17th Street became an official Historic District, encompassing houses on both sides of the street in addition to the early trolley route. In honor of this event, I thought I would dedicate this column to the history of the trolley and some founding families.

In September, 1880, Topeka incorporated its first city railway company. By the fall semester of 1884, a horse-drawn trolley brought students and faculty to the front door of Washburn College. The trolley originated at the AT&SF RR Depot on 6th Street. The first car left at 6:20 a.m. and ran every 20 minutes until 9:20 p.m. The route can be traced on early maps running west along 6th to Kansas Avenue, then south to 10th and continued west. At the corner of 10th & Topeka Blvd, it went south to Huntoon and again went west (which is the opposite direction of its current one-way traffic flow). A bridge was built across a draw where the trolley turned on College Avenue.

By 1889, the Rapid Transit, “The Electric,” system was taking over many of the horse-drawn routes. Transportation to Washburn College was via a new line going east-west on Euclid (17th Street) but stopped short at Washburn Avenue because during inclement weather, the electric car couldn’t make it up the incline. Horses had the advantage during ice, snow and electrical storms but because the old trolleys weren’t lighted or heated, they were eventually replaced. An extended boardwalk was built from Washburn to College Avenue.  However, in 1892, an electric line was built to replace the original route down College Avenue and continued to operate until around 1935.

With ready access to “hop on” and go to all parts of the city, homes spread east and west from College Avenue which became the heart of the College Hill residential district.  Professor Craigen’s house was one of the first built. Located where Varsity Blue’s parking lot is now, the house became the first post office in College Hill in 1898. Likewise, the homes of J.T. Lovewell, E. B. Merriam and Thomas Lyon have fallen by the wayside. All were built in the 1880’s on the west side of the 1600 block. The Whittemore house at 1615 College, however, still stands. It was built in 1886. Judge Adam’s house was built at 1500 College in 1882 and his land took up half of the 1500 block along College. He moved the home to 1501 Mulvane in 1884 and enlarged it, but it burned. He then re-built on that site in 1890. The home at 1531 College was built for Judge Silver in the 1880’s. Margaret Hill McCarter’s old house at 1534 College also dates from that time period, as does 1419 College and 1401 College.

There are other vintage homes along College Avenue, but those mentioned are of the earliest.  Many homes on College have been lovingly maintained, and there are others worthy of restoration. With the Historic District designation, homeowners may have access to preservation dollars that they did not have access to before. Hopefully this will be incentive to be good stewards of the historical homes residents now occupy.

The history of the College Hill neighborhood is interconnected with the history of Washburn University, creating a bond between its residents and the school that continues today.  Lincoln College (est. 1865) was renamed Washburn College in 1868, in recognition of a $25,000 donation by Ichabod Washburn, a church deacon and resident of Worcester, Massachusetts.  Washburn relocated from the corner of 10th and Jackson to its present site at 17th and Washburn in 1874.  The new campus was a gift of 160 acres of farm land from John Ritchie.  A pressing issue for the college administrators, however, was that the relocation would put the school one mile outside of the city limits of Topeka, away from housing and transportation.  Looking to the future, these visionaries felt up to the challenge.

Dr. Peter McVicar, President, authorized the purchase of land north of the college for a residential district that would serve a two-fold purpose: 1) attracting faculty for the school and 2) boarding opportunities for students.  The earliest acquisition was land between 15th and 17th (then Euclid Avenue), a plat dated Nov. 5, 1880 that included both sides of College Avenue and the east side of Boswell Avenue.  The name, “College Hill,” was decided by Ritchie who pointed out that he could see an upward rise from his farm at 10th and Kansas.  In fact, Washburn’s campus is about forty feet higher than downtown Topeka, or approximately the height of a 4-story building.  Over time, contiguous plats expanded the residential area which is today known as the College Hill neighborhood.  The perimeter is the west side of Washburn Avenue, south side of Huntoon Street, west side of MacVicar Avenue, and the north side of 17th Street.

Transportation was addressed when the city established a mule-drawn street car line to the school which was later replaced by the electric trolley in 1890. College Avenue is one of the widest residential streets in Topeka due to the inclusion of trolley tracks down the center.  The new modern transportation system that started at the Santa Fe stations and ended at the entrance of Washburn University on College Avenue brought a boon to the College Hill neighborhood.

Dr. McVicar initiated a campaign for planting trees on campus and throughout the College Hill neighborhood.  The goal was to plant as many varieties of trees as possible; those indigenous to Kansas and species from neighboring states.  To this day, pedestrians can enjoy a botanical education walking through the neighborhood and inroads on campus.  Some trees were lost during the tornado of 1966 but there are still many elms, hackberries, cedar and catalpa trees that date back to the 1880’s. Thanks to the initiative of neighborhood residents, and a subsequent campus tree planting project by Washburn President, Dr. Jerry Farley, this primary characteristic of the area will continue for years to come.

The trees weren’t the only diverse aspects of the neighborhood.  A variety of architectural styles originated around the turn of a new century.  Examples of Queen Anne’s and Folk Victorian’s co-exist along side of styles from the Arts & Crafts Movement that celebrated nature and the environment.  These styles included American Foursquare, Prairie, Mission, Shingle, and Craftsman Bungalows. Technological advances led to mass production of decorative architectural moldings and the resurgence of Revival styles: Neoclassical, Greek, Colonial, Georgian, Dutch Colonial, and Tudor. With the machine age also came non-traditional styles such as Art Moderne, and later, the Ranch.  Over sixteen different examples of architecture are found in College Hill, ranging from the International Style home on 17th Street to the Cotswold Cottage on MacVicar .

Consistent with a college community, early College Hill residents were free thinkers, educated, and valued other perspectives.  Many left a legacy in Topeka, the state of Kansas, and beyond.  Judges, professors, physicians, writers, civic leaders, lawyers, architects, artists, and ministers put down roots in College Hill and have descendants that call College Hill home still today.  The Wall of Fame in Boswell Square was built as a memorial to these individuals. Each year, second Sunday in October, the neighborhood puts out the welcome mat during the Wall of Fame Celebration where recognition is given to former residents and historic homes are toured. In 2001, the College Hill Nautilus Club (est. 1894) was awarded the Historic Preservation Award by Historic Topeka for spearheading the Wall of Fame project.

Every neighborhood has an identity, a theme that brings recognition.  Oddly, the one common characteristic appears to be “diversity,” a word for differences.  College Hill is a neighborhood of diverse people from different occupational and economic backgrounds; who value and freely debate different ideas; live in homes from many architectural styles canopied by a variety of trees, who choose to live together as good neighbors.